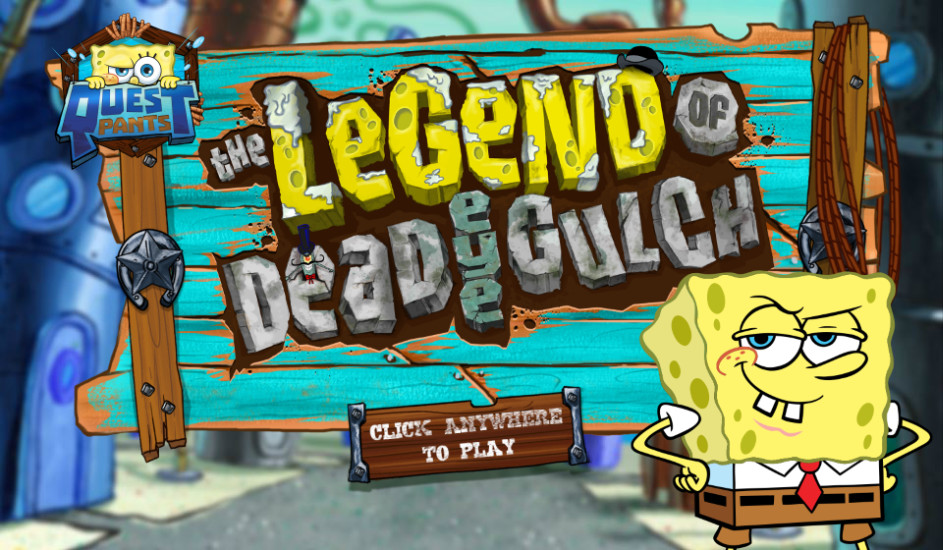 As digital creatives, we are entrusted to take some of the most wonderful stories from some of the most visionary storytellers, and craft them into compelling interactive experiences that ignite the imaginations of our audience. From Star Wars to SpongeBob, Peppa Pig to Paw Patrol, we’ve had the privilege of delivering interactive experiences that surprise and delight audiences both young and old.

This is how we do it.

We begin by delving deep into the property to understand what makes it tick. What are the unmistakable key ingredients? We need to respect – and indeed be guardians of – these irreplaceable ingredients and understand that if they are not represented in some way, or are ignored, our experience won’t feel as if it comes from the same world.

When working on a series of SpongeBob SquarePants puzzle adventure games for Nickelodeon, we knew from the outset that the friendship between SpongeBob and Patrick lay at its centre, but surrounding this was a host of supporting characters that inhabit the world of Bikini Bottom. To celebrate this, we endeavoured to include as many of these characters as possible. A lot of research was required to understand the Bikini Bottom community in order to write quest puzzles that related to the characters specifically, and ultimately devise a story that was bespoke to this brand.

With Danger Mouse, we could clearly see that the show is filled with fast-paced, high-impact action sequences punctuated by moments where the pace completely slows, as if someone is slamming on the breaks to deliver a gag, before returning to the action. To emulate this play with pacing, we implemented the ‘Tea Break’ – a moment in the game where the action pauses while our heroes enjoy a nice cup of tea and a biscuit, before returning to the battlefield. Whilst providing humour to the player, this break also allows them to gather their thoughts and heal their injured squad.

What do the fans expect?

As well as identifying the key ingredients, we also ask ourselves, what do the fans expect? When tasked by the BBC to see if drama could be made interactive, we worked closely with the team behind the hit UK primetime TV show, Casualty, to devise and develop an interactive episode that makes the audience, the player, part of the story. At the time of development, the head of the ER department (or Clinical Lead) was a formidable character called Connie Beauchamp. Striking fear and respect into the hearts of fans at the mere mention of the name ‘Connie’, we knew that as a player, wouldn’t it be wonderful to be cheeky to her, just to see what happens? Playing the part of a Junior Doctor, the experience starts with you arriving at work, only to be greeted by Connie who asks why you are late. The player can then apologise or counter with a witty one-liner.

Getting the tone right

Our team of talented story-devisers and script writers have an extensive track record of working with IP owners to develop the story and script for each interactive experience. We have done this for a range of very high-profile IP, from Peppa Pig, to Star Wars, Danger Mouse to SpongeBob SquarePants.

It doesn’t matter what or who you are writing script for, doing your research is crucial. When working for TV properties, watching as many episodes as possible is key to ensuring we capture the tone of voice and the language used by the main characters. Scripts may go through a number of iterations before they are recorded and from the outset it’s important to understand who the key stakeholders in this process are. For Danger Mouse: Super Awesome Danger Squad, we wrote the script which was then approved by the brand owners at the BBC, before being voiced by key talent including Alexander Armstrong and Dave Lamb. With digital everything has to be succinct, and because we’d done our research, we knew there was no point writing a long one-liner when a simple ‘Crumbs!’ from Penfold will do the job!

When we worked on Channel 4’s animated sitcom, Full English, we took a different approach. Here we worked very closely with the incredibly talented and highly successful Harry and Jack Williams, founders of Two Brothers Pictures (Fleabag, Baptiste, Liar, The Missing). As a point and click adventure, Full English: The Game was full of intricate puzzles, so we would write the first draft – a more functional version of the script, which then allowed Harry and Jack to re-write it with their unique brand of humour.

What is my motivation?

With any game or interactive experience, the player needs to quickly understand their objective. Perhaps the aim is to solve some kind of mystery, to save the world, or just to survive for as long as possible.

Our job is to marry up these objectives with the characters from the show as seamlessly as possible. It doesn’t matter what the audience age is, getting this right from the outset is crucial.

When making one of the first ever Paw Patrol games for the preschool learning platform Leapfrog, we wanted to mirror the theme of teamwork in the way in which Ryder gets the pups to work together to avert some kind disaster. In this game, the player controls the pups and gets them to work together to overcome a series of obstacles.

When working on Casualty: First Day, the player’s ultimate aim was to be a great doctor. Much like the show, the role of the doctors and nurses went beyond just ‘fixing’ their patients, they also often took on a kind of detective role as they unravelled the mystery surrounding the cause of events. In order to marry the two objectives together, we created a suturing mini game whereby the player had to hit the button at the right time to execute a stitch. If the player did hit the button at the right time, a skilful stitch would be performed, causing minimal discomfort to the patient and allowing them to open up about the mysterious circumstances surrounding their injury. If the player mis-timed the stitch, the patient would wince in pain and clam up. The aim should always be to create gaming mechanics around the show’s core character motivations.

Throughout design and development, it’s important to work closely with key stakeholders. You need to identify the riskiest elements up front so that these can be carefully managed. When working on such a high-profile property like Star Wars, we knew there could be no surprises and we needed to involve both Lucas Films and Disney at every step of the way. From early scamps and storyboards to prototypes of each game mechanic, building a strong trusting relationship with the key stakeholders was crucial to the success of the project.

We thrive on the challenge of moving our audiences using innovative creative thinking and our work is born out of a commitment and respect for the creative process, as well as the properties we are trusted to work with.